Allow me to update an old proverb for the twenty-first century: A woman’s place is in a horror story. And I suppose it always has been. Back in the beginning, in the days of writers like Poe, Stoker, and their contemporaries, her function was either to die to demonstrate the awful nature of the beast, human or otherwise, unless she was the one who survived, saved by an intrepid hero, in which case her function was to demonstrate the courage and daring of said hero. We didn’t call them “final girls” back then, but that is most certainly what they were, heroines who can be traced back to the beginning of the genre.

Consider the opening scene from Sir Arthur Conan Doyle’s seminal work, The Lost World (©1912). In it, the narrator, Ed Malone, is attempting to propose marriage to Miss Gladys Hungerton, only to be rebuffed by this line of logic:

“We can’t all be Stanleys and Burtons,” said I; “besides, we don’t get the chance, —at least, I never had the chance. If I did, I should try to take it.”

“But chances are all around you. It is the mark of the kind of man I mean that he makes his own chances. You can’t hold him back. I’ve never met him, and yet I seem to know him so well. There are heroisms all round us waiting to be done. It’s for men to do them, and for women to reserve their love as a reward for such men.”

This was normal fare a century ago, and Mr. Malone went on to join the Challenger Expedition largely to prove his worth to this woman. Girls grew up more or less expecting to find their Prince Charming, and to be looked after and protected by their men. Unfortunately, charming princes are few and far between and real-life women had to be tough beyond measure, but that didn’t stop authors from writing their women as helpless damsels utterly dependent on a man’s constant care. Even in the 1960s and ‘70s, the dawn of modern feminism, we still see the female leads, the bond girls, the detective’s clients and so on, watching the heroes fighting three or four men or the monster, knowing full well that if he loses the fight she’ll be killed right along with him, yet not having the wherewithal to pick up a stick and brain somebody; and even if she tries, her incompetence causes her to hit the hero by mistake. I mean, women’s MMA was decades off, but wasn’t there any sense of self-preservation at work there?

But her role has changed dramatically since then, until she wouldn’t be recognizable to a reader of the early tomes. She became less helpless and more active in her own survival. She became the final girl. She moved from the reception desk to the detective’s office. She left the school crossing to join the Homicide Division. And in so doing, she has swung the pendulum far in the opposite direction. 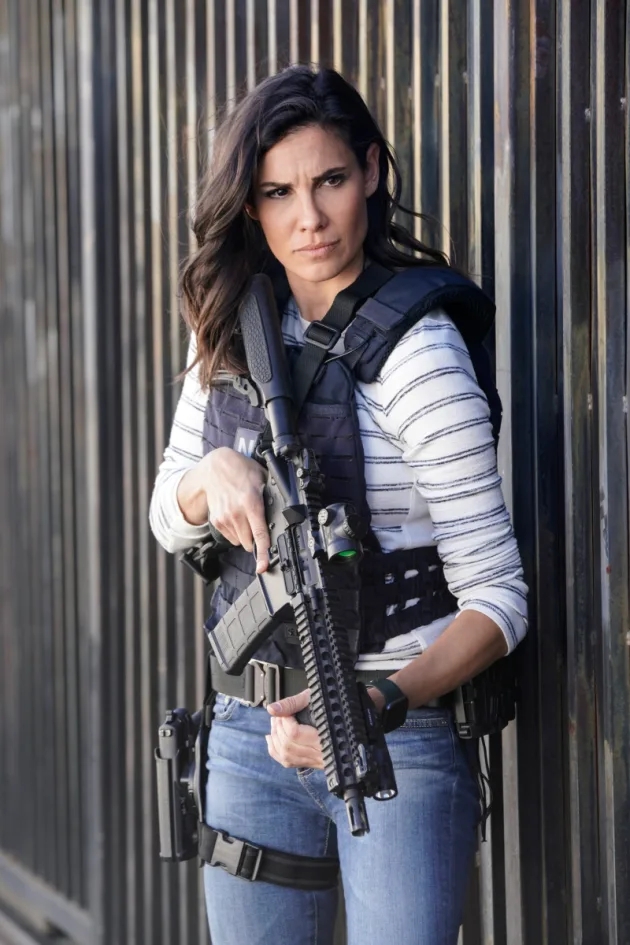 Look at today’s heroines, especially of the action variety. I don’t refer here to those with actual superpowers such as Wonder Woman or Buffy the Vampire Slayer. Marvel’s Black Widow takes down dozens of men without breaking stride. Olivia Dunham of Fringe and Warehouse 13’s Myka Bering are television’s versions, cut from the same cloth. NCIS: LA’s Kensi Blye? Do I need to say it? These three women and many others in the modern era are completely interchangeable and could be swapped between their shows without missing a beat. Include Kono Kalakaua and Lt. Catherine Rollins of Hawaii Five-0 as more examples. Shall I go on?

What the hell has happened here? I have to admit that in the early days of these developing archetypes, I found them a bit of a turn-on, but perhaps, I suspect, through overuse, they have just become unbelievable and, dare I say, boring: “Look, three goons have cornered Agent Blye in an alley. Oh, boy, are they in for a surprise!” But what’s about to happen to them won’t be a surprise to us, will it?

As writers of books or screenplays, we should know what drives these women. Of course, much of it is pure fan service, and when Lt. Rollins locks her legs around the killer’s head and uses the leverage gained to sling him down the basement stairs, you can hardly call it anything else. But what’s the underlying cause of who they are?

First and foremost, they’re damaged. They were abused, abandoned, orphaned as they saw one or both parents killed, or maybe they’re just fed up with being marginalized and manipulated. Damage is a good hook for a protagonist in most cases, humanizing him or her for the reader, but in the case of these modern violent femmes, it seems an excuse to make them essentially men. They’ve hardened their hearts, learned to fight at better-than-MMA levels, and have just generally decided that they’re mad as hell and they’re not going to take it anymore. Then, having used their in-backstory damage to strip every vestige of emotions or compassion out of them — the very things that make them feminine — they’re presented to us as strong female role models. Really? Would you want one of these for your spouse or daughter?

And this brings me to my own work. I’ve made no secret of the fact that I’ve been stuck since I released The Vampire’s Daughter last October, and I’m pretty much convinced that it’s these modern women who are the problem. You see, due to a number of reasons that I’m not going into today, my work always includes strong female protagonists. From the airship pilot Patience Hobbs in Beyond the Rails, through police Lt. Inez Zamora of Broken English, to Denise Goldstein, the titular Vampire’s Daughter, women have ruled my books and stories with a soft, iron hand. And each one, from Patience, to Inez, through Denise, has fallen further into the trap of being a cold-hearted, unfeeling killing machine, and it is for me to work out how to bring Denise, my current ingenue, back from the edge. She is damaged. She is on a destructive path of revenge, traits which can drive a sympathetic hero a long way through an engaging story. But she is unfeeling. If you are a member of the organization that murdered her mother, you are marked for death, and will only be suffered to live until she finds you. Assassin or accountant makes no difference to her. I need to make her feel the injustice of this path. Only then will she be ready to return for a sequel.

Can I do it? I can’t say at this point, but let my experience be a cautionary tale for young writers just starting out. An unfeeling hero is an anti-hero, and anti-heroes appeal to a small minority indeed, as do revenge-driven characters who have nothing to offer but death.

Next time, I plan to offer my views on the four-sided box in which the true hero must live, work, and succeed or fail. Meanwhile, I invite you to think about the women you write, how they act, and what’s driving them. Modern TV and cinema can lead you in some questionable directions with their glitzy flash and sex appeal. You need to be in control of your own page… and mine, if you’d care to join me in the comment section below. I’d love to hear what you think. Meanwhile, keep safe, and watch out for the monster!